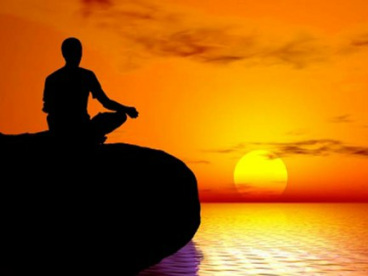 Hypnosis is a natural and common state of the mind in which the body experiences a state of deep physical relaxation while the mind remains clear, alert and focused.  In this altered state of awareness, the subconscious mind becomes open and suggestible.  Although the most of us are not aware of it, a person naturally enters this state many times during a regular day.  How many times have you experienced having a daydream or imagining scenes in your mind while getting a haircut and didn't even realize that you were actually just staring at yourself in the mirror the entire time?  While watching a movie or TV show, you get so caught up in the story that you forget that you were only looking into TV screen. Most of us daydream from time to time and  all of these are examples of a natural state of hypnosis called "environmental hypnosis."

Can everyone be hypnotized?

The simple answer is yes. They say that "any person of at least average intelligence and ability to focus and concentrate can go into hypnosis.  The better one is able to concentrate and focus and the more intelligent a person is, the easier it is for him/her to go into the hypnotic trance".  Above all, the person must be willing.  Hypnosis works best with a client who has an open mind toward trying it, a willingness to participate, and good rapport with the hypnotist. You will not and can not be hypnotized if you don't want to be hypnotized.  Your natural defenses in your mind will prevent this from happening.


Am I being controlled while in hypnosis? Is it dangerous?

You are never in a state of being controlled. In fact, while in the hypnotic state you are 100% in control of your thoughts and feelings at all times. Even though some of the deeper depths of hypnosis can result in some amnesia after the session, during the session you are completely aware of what is going on at all times.

Also, hypnosis is not dangerous.  It is just a natural state of the mind utilized by the hypnotist for purposes of helping the individual change certain habits or pattern of behavior.  The subconscious mind has natural defenses built in which will automatically reject any suggestions it deems harmful. Hypnosis is not mind control.  All hypnosis is self-hypnosis.  The hypnotist cannot make you do or say anything you ordinarily would not do, unless you wanted to.  You always remain in control and are awake and alert the whole time. Also, hypnotist cannot make you do anything against your will, morality or ethics. What you have seen in the TVs or movies is fantasy. Your mind has natural defences against harmful suggestions. It will always protect itself.


How can I tell when I'm hypnotized?

It depends on the individual. However, some people are more aware of changes felt in their bodies than others.  It also depends on how deep into the hypnotic state the person has allowed him/herself to drift.  You may experience sensations of feeling very light or floating, very heavy, tingling sensations, or just pleasantly relaxed. Also, it feels wonderfully relaxed to be hypnotized and most people enjoy the hypnotic state very much, so that they often do not want to come back from the hypnotic state.

What can hypnosis be used for?

Hypnosis can be utilized in many ways, though the hypnotic state is not always called "hypnosis."  Hypnosis is used in a clinical setting such as in hypnotherapy to make positive changes in a person's life. It is used often in the medical and dental fields as well. It is used by psychologists and psychiatrists as an adjunct to their treatments. Self-hypnosis is an integral component in yoga, bio-feedback and meditation. Top athletes are also using hypnosis or self-hypnosis when they focus during competition to "get into the zone."

Using hypnosis can help you to make positive changes in your life. Some examples are: stop smoking, lose weight, improve self-esteem and confidence, improve sales ability and memory retention. Practically any bad or destructive habits or behaviours can be removed via hypnosis. It can also help ease fears and phobias, improve relationships and communication - the list goes on and on.

The American medical Associations and others around the world recognize hypnosis as a powerful and successful method of dealing with a wide number of psychological conditions and that it is of therapeutic benefit to many others. It is a co-operative state, where you are guided by your hypnotist, using effective therapeutic techniques, to find the healing resources already in you. Those resources that are able to facilitate the changes that you desire.

Many clinical studies have shown that hypnotherapy can be incredibly successful for stopping smoking, losing weight, phobias, improving self-esteem and confidence, stress management, and acute pain relief. It is also the only documented successful therapy approved by the UK's NHS for IBS.

As featured in The Psychotherapy Journal of the American Psychiatric Association, a review of 2,000 psychotherapy literature were surveyed by Dr. Alfred Barrios in 1970 and had the following findings regarding hypnotherapy verse other forms of therapy.

It is important to note that these are average numbers and should not really be interpreted to suggest that every condition can be helped in 6 hypnotherapy sessions or less. Indeed, some would be overcome in a great deal less time and likewise, some may require more.


How many sessions does it take?

That varies from person to person. Everyone is unique and they have a different set of circumstances in their life to contend with. I have worked with numbers of people who needed just one session and the changes that they wanted and needed were permanent and others who needed further sessions over a period of months to make the changes they asked for.

Each hypnotic session is custom tailored for the client based on the discussion in the first part of the appointment. While in the hypnotic state, a series of visualizations and positive suggestions will be given to the client in order to replace old negative associations with new positive ones, thereby allowing positive changes to manifest.

When you come out of the hypnotic state, you will feel deeply relaxed, as you begin to manifest the positive changes in your life.